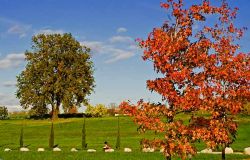 ...Only those who are not afraid to descend into their own interiority also know how to handle the encounter with alterity...

Words of Spirituality
by ENZO BIANCHI
Solitude, which we fear because it reminds us of the radical solitude of death, is in reality always solitudo pluralis, plural solitude

Solitude is part of our humanity: we are born alone, and we die alone. We are certainly 'social beings' and are made 'for relationships,' but experience shows that only those who know how to live alone also know how to be fully themselves in their relationships. Also, every relationship, in order to remain a relationship and not degenerate into fusion or absorption, implies a certain element of solitude. Only those who are not afraid to descend into their own interiority also know how to handle the encounter with alterity. It is significant that many 'modern' illnesses and problems that have to do with subjectivity also have the effect of undermining the quality of one's relationships. For instance, the inability to interiorize one's experiences and inhabit one's inner life leads to an incapacity to create and maintain solid, deep, and lasting relationships with others. Of course, not all solitude is positive. There are forms of flight from others that are pathological, and there is above all the 'negative solitude' of isolation, which implies shutting out others, rejecting one's desire for their presence, and resisting alterity. Yet between isolation, closure and obstinate silence on the one hand, and on the other hand, the distraction that results from talking constantly, needing to be in the physical presence of others, or rushing from one activity to the next, solitude is balance and harmony, strength and steadfastness.

We can accept solitude if we have the courage to look ourselves in the face, if we recognize and accept the task we have been given to 'become ourselves,' and if we are humble enough to see that the full realization of our own uniqueness is something that no one else can accomplish for us. We cannot evade this responsibility by seeking refuge in the 'mass,' the anonymity of a crowd; nor can we hide behind an egotistic desire for solitude that leads us to turn away from others. Solitude guides us toward authentic self-knowledge, and it requires a great deal of courage. Solitude is essential in every relationship: it is what allows a relationship to be a relationship, and it is within our relationships that we can best understand solitude. Our ability to love is proportional to our ability to accept solitude. If solitude is present in love, this is perhaps one of the great signs of love's authenticity. Simone Weil writes, "Preserve your solitude. If the day ever arrives when you are offered a true affection, there will be no contrast between interior solitude and friendship; in fact, this will be the infallible sign of friendship." Solitude is the crucible of love: every great human and spiritual achievement emerges from solitude. In fact, solitude itself becomes the beatitude of those who know how to inhabit it. As Marie-Madeliene Davy writes, echoing the medieval expression 'beata solitudo, sola beatitudo': "Solitude is only difficult for those who do not thirst for their inmost selves and, as a result, are unaware that they have an inner self; it is supreme happiness to those who have tasted this intimacy." Solitude, which we fear because it reminds us of the radical solitude of death, is in reality always solitudo pluralis, plural solitude. It is the space in which we seek the unification of our heart and communion with others; it is a way of making the other present in his or her absence; it is where our relationships, which tend to become insignificant when we are constantly in the company of others, are purified.

For Christians, solitude is a space for communion with the Lord, who asked his disciples to follow him wherever he went - we should remember how much of Jesus' life was spent in solitude! Jesus who goes into the desert and struggles against the Tempter; Jesus who prays in deserted places, who seeks solitude in order to be close to his Father and discern his will. Certainly, Christians are called to fill their solitude, as Jesus did, with prayer and spiritual combat; they are called to discern the will of God in solitude and seek his face. Commenting on John 5:13, which reads, "The man who had been healed did not know who it was (who had healed him), for Jesus had withdrawn, as there was a crowd in the place," Augustine writes, "It is difficult to see Christ in the midst of a crowd; we need solitude. In solitude, if the soul is attentive, God lets himself be seen. Crowds are chaotic; to see God, you need silence." The Christ in whom we say we believe and whom we say we love makes himself present to us in the Holy Spirit, dwelling in us and making his home in us. Solitude is the space we lend to the discernment of this presence and to the celebration of the liturgy of the heart. Christ, who experienced the solitude of betrayal, the departure of his disciples and friends, the rejection of his people, and even abandonment by God, also shows us how to endure solitude when it is imposed on us, loneliness, 'negative' solitude. The One who, on the cross, experienced both total intimacy with God and abandonment by God, reminds us that the cross is a mystery of solitude and communion, a mystery of love.